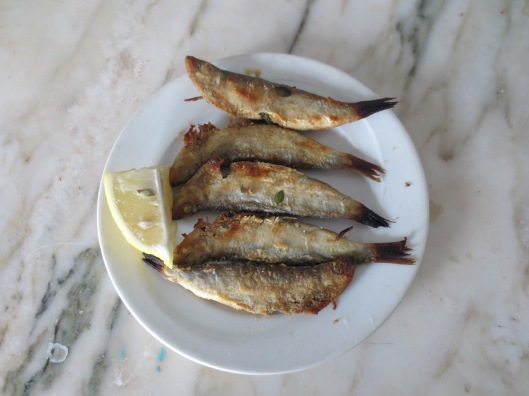 I’m amazed by how much people know. Forget books and recipes. People just know things here in this corner of East Sussex. Like a silkworm’s food of choice is the white mulberry tree, and birds like eating elderberries; they take them back to their nests and drop the seeds, which is why you get elderberry bushes growing out of the guttering. I know now about sea frets and the right time for mackerel (July, August) and that sprats, the little pewter fish we eat most nights, are also known as the cousin of the herring. That there is sea beet and sea buckthorn and sea kale there for the picking, all along this coastline. And spinach frothing over the headland.

The people I was speaking to make no claims for themselves as cooks. They might have a garden, and they go for long walks. They live by the sea. It’s a casual knowledge, worn lightly. And there I am, drowning in books, wading through endless crumble toppings, and swotting up on the history of the damson. 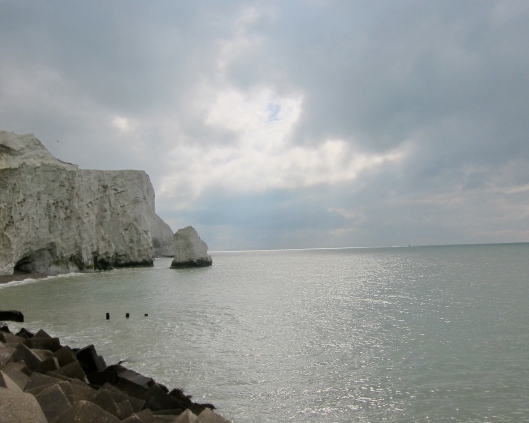 The sea is mesmerizing here. The East Sussex coast is one long, flat sweep of iron-grey sea with the odd boat, often trailed by gulls. There is a yellow and white ferry that crosses the channel daily to Dieppe and back again, moving soundlessly through our view, from window to window. At night there is the solitary light from the fishermen, either on the beach with their rods or in the middle of the now-black water. In the morning we go swimming before breakfast, before full consciousness, and the water is cold and flat. I’ve never seen such flat water. After LA, it’s bizarre that I can just walk in. I don’t actually bother to put a swimming costume on, but wade into it in my night gear. And the sea at that time is grey-green, with fish that swim away from your feet like tiny strokes of ink.

This is the time for sprats, just small enough to grill a shoal of them and they take the simplest treatment: rock salt and lemon. In mackerel season, the sprats and the whitebait throw themselves out of the water to escape being eaten, and the gulls, while the fish are briefly airborne, take little nips out of their flesh. Either way they’re doomed. It seems an exercise in pure pathos; escaping one tyranny, to be ensnared by another. Often you see the little fish flying above the sea’s surface, skittering over it like birds.

I played around with beheading my sprats as you can see from the different presentations here; however, I do think it’s a shame to waste any part of such a small fish. Delia Smith gives a handy tip down below for gutting if that’s the way you want to go, but again I’m not sure this is necessary. There is something delectable about guzzling a sprat whole and crisp and silvery, down in one.

“First make a small incision behind a gill of each fish and gently squeeze the belly up towards the head to eject the gut, but try to keep the head intact. Rinse the fish well and dry off any excess moisture with kitchen paper before tossing in the seasoned flour.”

Sprats are very cheap to buy, so they are an economical fish, as well as often being very fresh, and sublime grilled or deep-fried. I think they need to be as crisp as possible – you want them to rustle on the plate – so tossing them in flour is recommended. Whitebait (baby sprats) tend to come frozen, but are equally good, and like the same treatment.

A few sprigs of thyme

Scatter the thyme on a baking tray. Lay the fish (already floured and lightly salted – see above) on top, burying the thyme as much as possible so it doesn’t scorch. Fleck with some oil and grill for about five minutes, flipping them over halfway through to crisp them up on both sides. They will be brown and quite hard to the touch by the end. You want them to rustle. Serve with a quarter of lemon. Also nice with a mustard and vinegar dressing. Good also for breakfast. Add a bit of salt at the end.

17 thoughts on “Cousin of the herring” 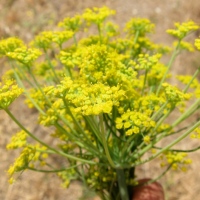 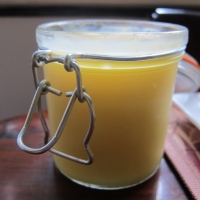