This is what happens to some cakes, the ones that rise and then fall. The ‘sadness’ occurs in the centre which slumps defeatedly. Tamasin Day-Lewis was the cook I learnt this term from. It is purposeful, the slump, and not a mistake. Although here there is a hole; cake has been gouged out. It is that kind of cake – bitterly chocolatey, with espresso poured into the mix and with it almonds and butter. I only had a Pyrex dish to bake it in, because I was at my mum’s and I’d taken all her cake tins, slowly, stealthily, over the years. But it didn’t matter because it rose and fell as it should, was luscious and divine, thickly glottal and needing no accompaniment.

This is the most beautiful surface to photograph on. I never do anything to prep it, it is simply the north light and a navy counter hastily de-crumbed. I have had many late afternoon sessions, far at the end of a long corridor, where it is quiet, away from the bashing sea and the compulsive view – long stretches of water fill the windows at the front. The sea disappears gradually, engulfed in mist and the sun’s dazzle. You can’t not look. At the other end there’s nothing much, except height. I have been coming here to this plain seaside town for the last twenty years. I have never found a countertop to better it.

Late afternoons when we’ve trailed huffily up the stairs (92 of them) desperate for a cup of tea, after (just) getting the little green bus from Alfriston on a Sunday. Or a late swim in stagnant August weather, or I’m despatched to make something for an impromptu high tea. I’m miles away from it all in the kitchen and there are never any scales. I make do with the ones my mum uses for throwing her pots, I use her Cheffette mixer bought from a charity shop. I make a cake I ‘shouldn’t’ eat. “Are you allowed that?” is always the question I’m asked. As if I need written permission from a doctor before I can eat cake.

The flat belonged once to the painter Augustus John and when my mum bought it, it belonged to a potter, who with her husband decided after a year that Seaford was too friendless a place, and moved on back to France. From the beginning there were troubles; the building had heroin addicts and pigeon feeders and lots of ‘structural issues’. Neighbours were non-compliant. But my mum was left with a kiln and a room converted into a studio, perched over the English channel – overlooked only by the sea.

Seaford has no grand architecture. There are no great restaurants, food culture, no ‘scene’. It has a long and manmade shingle beach, is in a bit of a wind tunnel. It isn’t Dorset or those places in Suffolk that people flock to to eat organic ice cream and wear long ‘wraps’. It reminds me of the towns Paul Theroux visited in The Kingdom by the Sea, where he travelled by train and on foot round the coast of Britain during the period of the Falklands war. Seaford has a defeated, slightly belligerent air. It is true what he says here:

“The greatest advantage in this tour was that a country tended to seep to its coast; it was concentrated there, deposited against its beaches like the tide-wrack from the sea. People naturally gravitated to the coast, and they wore fewer clothes there – it was normal on the coast to be semi-naked, exposed”.

He writes a little bit well, doesn’t he? I’m always wary of inserting other people’s quotes into my pieces because it acts as a point of contrast – how well other people write! He is also a bit mean, though and I try not to be. It is easy to be mean about Seaford and I can see it through others’ eyes. But it is twenty years of my life, the branch line train, the wave goodbye (with a jar of something from the health store, something earthy), the two florists and their reasonable bouquets, Paul’s Plaice the fishmonger and the vinegary smell of the sea within, Sussex Stationer’s and the smell of new books and wads of paper, the long sloping road to the sea and then the sea, green or blue, smarting under the sun if it’s out. And then turning into my mum’s and the key under a pot and the note in the letterbox – I’m on the beach, bring down avocados. And then the cake that at some point must be made.

TDL is quite firm here on her use of whole blanched almonds, roasted and then ground, but having done it this way many times, I think there’s a real difference in the end result; texture and nuttiness are emphasised.

Heat oven to 375F/190C/gas mark 5. Melt the butter and chocolate together with the coffee in a bowl over a pan of barely simmering water. Resist the temptation to stir. While they are melting, cream the egg yolks and sugar in an electric mixer until pale and light, about 8-10 minutes. Continue to whisk, adding the now melted chocolate and butter.

Stop the machine, remove the whisk and fold in the *almonds with a metal spoon. In a clean glass or metal bowl whisk the egg whites to stiff peaks. Stir a spoonful into the chocolate mixture to lighten it before folding in the rest. Pour the mixture into a 10in springform tin with greased sides into which you have placed a circle of buttered greaseproof paper. Bake for 20 minutes, then turn the oven down to 325F/160C/gas mark 3 and continue cooking for a further 40 minutes.

Remove the cake and leave in the tin set on a rack until completely cool. Turn out of the tin and remove the paper. Delicious served with creme fraiche but also lovely on its own.

*I would recommend roasting rather than toasting on the hob as this tends to scorch the almonds – roasting in the oven (preheated to the above temperature) for a few minutes (5 – 10 min) will give them a burnished colour without burning, but you do need to check regularly.

1 thought on “a sad centre” 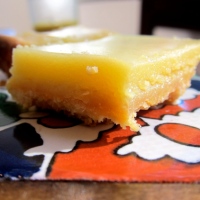 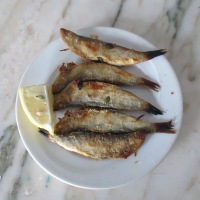 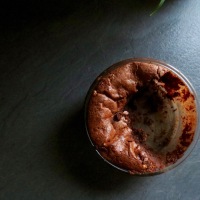