Aubergines were the first things I learned to cook properly, by which I mean repeatedly. I cooked for a contessa in Venice in my late teens for a year while deciding what the rest of my life might look like. The contessa’s housekeeper Donatella used to stand over me during my first attempts at melanzane alla parmigiana. For weeks afterwards, I marvelled at my ability to fry the slices until crisp, but not scorched, to layer them with parmesan and mozzarella and to mound with tomato sauce – what the contessa pronounced sose (like hose).

And then Donatella’s absence from the kitchen started to hurt. The aubergines suddenly refused to crisp up – they became mere oily vehicles for the tomatoes and cheese. Ever since it’s been something I can never completely count on. One day crisp and sultry, the next not. It was the dish that I was asked to make often as it stored well in the fridge. The flavours would develop nicely so that by day two or three everything would come together into an aromatic brew of garlic and tomatoes and it was solid enough to cut into rectangles.

It was the dish I made for my mum when she came to visit. I found her in the car park by the train station, the only bit of Venice that looks like any other place: municipal. I had left home by coming to Venice to work, and in those days letters were really all you had, because the alternative was to stand in a booth with a flimsy partition by the train station and sob down the line, which was expensive. I look back at this now as if it was pre-war, it was so basic, to only have letters and the very occasional expensive phone call. But it worked, because by the time she visited we had been apart for six months and I’d gone through the worst of it. I made the melanzane alla parmigiana for her and put it into plastic boxes and carried them to the station.

I had found her a room in a waterside house full of bohemian types and wanted to make sure she had food on her first night. It didn’t occur to me to buy milk or bread or tea. I still remember all the kitchen towel the melanzane used up – the best thing for absorbing all the grease. She didn’t last at the house because it was too noisy with too much party-going, and by now her bohemian days were limited more to reading about them and then getting a good night’s sleep.

I caught up with her in between my shifts. Going home, I first had to pass through the under storey of the palazzo where I lived, which housed washing lines and an upturned boat. The smell was the mixture of earth and Daz or the Italian equivalent. The water from the canal slapped the floors and the stone echoed under foot. I remember climbing the steps to the first floor and feeling the thick walls and knowing the door would never close quietly. My mum visited me once there and I introduced her to the contessa, who thereafter pronounced me ‘from a good family’. What the criteria was I wasn’t sure; my mum’s politeness? Her waxed coat? I remember being proud she had passed muster but also aware we were being judged.

Can you believe in the year I was there I didn’t take a single photo of the food? Not the fish market with its loot of rust-red crabs, and layer upon layer of glassy-eyed gawpers, or the stalls of lolling fruit at the Rialto where I was dispatched daily, my old lady’s shopping trolley bouncing on the flagstones behind me. I can even remember the way the shopkeepers wrapped things: smooth, white paper oblongs that slotted into my shopping bag.

I suppose I thought it was just food and not worth documenting. So I took endless photos of bridges and washing lines. I was too busy reading, shopping, cooking and getting up very early each day to teach English to a lawyer who studied while walking to work, the only time he was free, so we’d scale bridges with his exercise book open and I’d teach him the present simple. Once, when I was explaining a grammar point, he reached across and took my hand. It wasn’t in a predatory way, just impulsive and loving. I ploughed on while he stared at me, his hand holding mine. He was so unlike the Italian men I knew, that I can only speculate he was temporarily unmoored, and I remember only how horrible it was to feel so embarrassed. A fate worse than death for a nineteen year old.

This is the first time I have grown aubergines at the allotment. I thought they would be difficult because they need a quantity of heat and light that I normally can’t provide – my greenhouse is overshadowed by a plum tree. But this scorcher of a heatwave is perfect for them and they are currently elephantine, with wonderful bruised purple flowers.

The recipe in Jamie’s Italy for Melanzane all parmigiana is really good – I have used it more times than I can remember. The recipe in Marcella Hazan’s The Classic Italian Cookbook uses mozzarella as I was instructed to (perhaps this is a Northern thing) and there is a whole section devoted to the frying of aubergines. Her two rules are: salt the aubergines first and let them stand for 30 minutes (this was in the days when aubergines were more bitter). The second rule reveals my error vis a vis sogginess: ‘aubergines must fry in an abundant quantity of very hot oil. When properly fried they absorb virtually none of the cooking fat. Never add oil to the pan while the aubergines are frying’. Indeed. She is also a fan of ‘drawing off’ excess liquid during cooking. ‘After 20 minutes (in the oven) pull out the pan, and, pressing with the back of a spoon, check to see if there is an excess amount of liquid. If there is, tip the pan and draw it off with a spoon. Return to the oven for another 15 minutes.’ This addresses the issue of oiliness on all fronts.

Growing aubergines: you generally sow the seeds in January/February time and treat them like tomatoes. However, you can buy plants from May onwards (so this advice is too late for this year, sorry). They thrive under glass and like masses of heat and a fine, well-drained soil. There are many different varieties to grow. Nigel Slater in Tender is full of good advice about them in the kitchen and the garden, and I recommend reading what he has to say. One of his tips is to salt the aubergines not so much for the bitterness, but as a way of ‘relaxing the cells’ which means there will be less uptake of oil during the frying process. Some of the aubergines he grows are so beautiful, small and creamy rose/ivory in hue, more egg than aubergine, shape wise. Again, it’s easy to forget there’s so much more to the aubergine than the big purple whale from the supermarket. Here are a few from NS’s list to tempt you: Violetta di Firenze (‘White fruit, flushed with violet’), Rosa Bianca, Applegreen, Baby Rosanna, Black Beauty (‘Lustrous, handsome, extraordinary girth’). 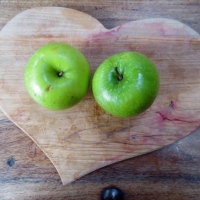 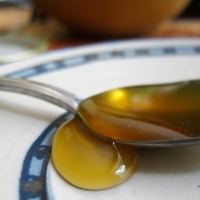 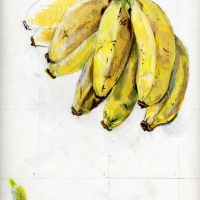